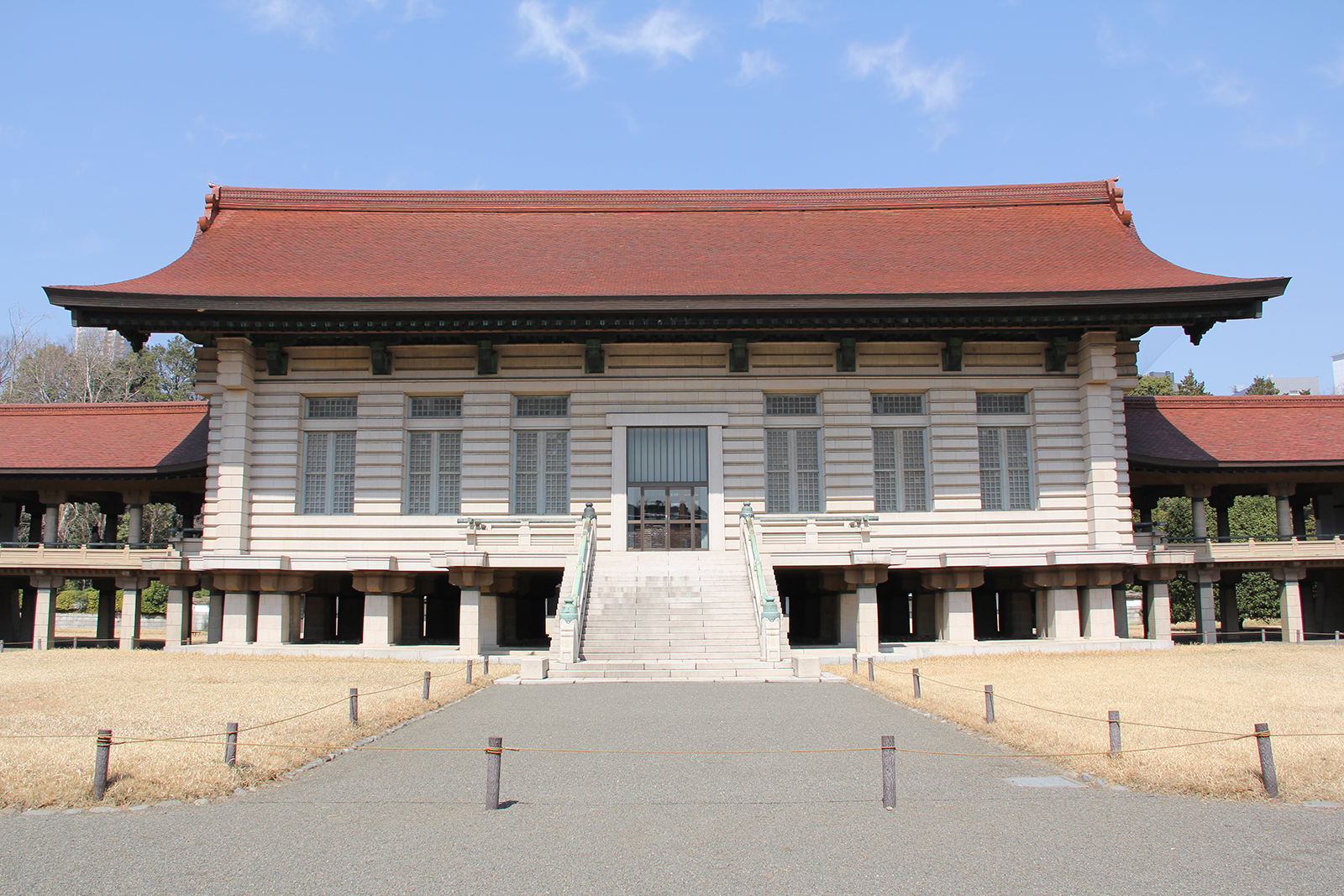 Kiinseido (気韻生動) is an expression coined by the nineteenth century philosopher and art critic Tenshin Okakura to describe the unique style and refinement, power, vivacity and artistic effect which artists should strive for in their works.

In the wonderful space of the Homotsuden Treasure Museum, the Kiinseido exhibition will take a fresh look at the lineage of sculpture and three dimensional work from the nineteenth century Meiji period onwards, through modern and contemporary sculpture in Japan. From the nineteenth century sculptor Hirakushi Denchu, who had such a huge influence on modern and contemporary sculptors in Japan, through to internationally renowned contemporary artist Kohei Nawa, the exhibition will trace the genealogy of sculpture and three dimensional work, and present a contemporary view to the world.

Hirakushi Denchu has deep connections with Meiji Shrine. He is well known as a representative of modern sculpture in Japan, and when he was thirty years old his work “Shoka-kimigayo” was acquired by Emperor Meiji. In addition, construction of the Homotsuden Treasure Museum, which is registered as an important cultural asset and was completed in 1921, replicating the traditional Azekura log-built storehouse of the Shosoin treasure house in Nara, was built by Shintaro Oe. Oe’s son, Hiroshi Oe, and grandson, Shin Oe, would go on to build the Kodaira Hirakushi Denchu Art Museum and its workshop, respectively. Thus we can see how the fates of Hirakushi Denchu and Meiji Shrine are inseparably entwined.

After he became a lecturer at Tokyo University of the Arts, many of Denchu’s works were donated to The University Art Museum. And when the Ibara Municipal Denchu Art Museum was opened in his hometown in Okayama, Japan’s top sculpture award, the Hirakushi Denchu Award, was established. In the world of contemporary and modern art, much attention is paid to paintings and two dimensional works, and exhibitions and museums focussing on sculpture are few and far between. This exhibition gathers up sculptures that have received the Hirakushi Denchu Award, and three dimensional works that continue the spirit of Hirakushi Denchu, and exhibits them in the display cases of the Homotsuden Treasure Museum, themselves registered as important cultural assets. The exhibition is held in conjunction with the Kodaira Hirakushi Denchu Art Museum, Ibara Municipal Denchū Art Museum, and The University Art Museum, Tokyo University of the Arts.